Now that I can say with 98% certainty that I have successfully completed Oxenfree with the best possible outcome(s), I would like to spend some time theory-crafting. Unfortunately the direct side effect of this is that it will result in spoilers, so if you have not yet had the opportunity to play, this is your chance to browse away before too much is revealed. Alex, the main character of the game (and the character you control) visits Edwards Island with her friends to celebrate the end of their 11th grade school year at a beach party. Edwards Island (based on Bainbridge Island, found west of Seattle, Washington) is the site of a former military listening post which had a misfortunate incident involving mis-interpreted communications with a secret nuclear submarine developed by the US during World War II that resulted in the destruction of said submarine and the unfortunate death of its entire crew, including 85 officers and 12 passengers. The person responsible for misinterpreting the communications is one Maggie Adler, and she starts picking up weird radio signals around the base with her friend Anna Shea, and over time realizes that they are messages from the former crew.

The two determine that the crew might actually be alive but somehow trapped outside of our dimension and put together a plan to try to rescue them, but in the process they open a tear in the fabric of space time, and Anna Shea is killed in the process, presumably by the angry spirits of said crew (they admit as much when speaking to Alex in the game). Maggie uses her inheritence to buy the island with the hope that she can prevent future incidents, but is unable to stop it from becoming a tourist location.

Alex, her best friend Ren and her new step-brother Jonas unintentionally reopen the tear while exploring the caves next to the beach, and the ghosts of the former crew decide to use this new opportunity to try to escape. The ghosts want to "soak" into Alex's friends and use them to leave the island by the following day, and it's up to Alex to find a way to stop this from happening, save her friends, and find a way off the island.

Much of the hidden lore is presented in the form of notes left behind in various places around the island by Maggie Adler before her death (immediately prior to the events of the game). Finding these notes will enable Alex to confront the spirits of the former crew members at the end of the game, and ultimately convince them that what they are doing is wrong and the ghosts ultimately agree, even moving on to their next phase of existence (which they fear is oblivion).

Afterward, if Alex has made the correct selections of dialogue with her friends and even her deceased brother, she will leave the island with everyone in good hands. She will patch up her broken relationship with her friend Clarissa, her best friend Ren and Clarissa's friend Nona will begin dating, she will bond with her new step-brother Jonas and she will even return to the mainland with her deceased brother, Michael. However, even if all of the above has been completed, at the very end of the game a new one starts with Alex talking about how she needs to go meet Ren so they don't miss the ferry, and rambling about how she hopes that her new step-brother isn't a weirdo. This has all the vibes of the film Groundhog Day, but without the protagonist directly realizing what is going on.

Several people discussing this in the forums believe that Alex is trapped in an infinite time loop within multiple dimensions. She can, on occasion, send messages from one of these loops to herself in another loop, and in so doing potentially prevent another iteration from happening, but this does not actually free her from her current loop. It is believed by most people that the loops are a result of her opening the tear with Jonas in the cave, but I believe it goes back further than that.

Prior to the events of the game, Alex, upon learning that her brother Michael wants to leave town with his girlfriend (Clarissa) convinces him to take her to Edwards Island to teach her how to swim. In the process (the game doesn't explain exactly how this occurs) Michael drowns, and Alex is unable to do anything to save him because she is barely able to swim herself.

Throughout the island are small piles of rocks similar to the ones found by Ren at the opening of the cave mouth, and activating Alex's portable radio near one allows her to activate one of twelve anomolies, each with a separate audio message. One of those messages sounds like Alex speaking to the ghosts, asking how many of them there are.

In addition, midway through the game there is a sequence where Alex sees Ren drowning, and later comes across Nona in a series of time loops discussing Ren falling from a bridge and dying in the process. Ultimately Ren is found to be alive, but I believe this ties back to the events with Michael.

Additional tidbits can be found in the course of dialogue where Alex tells her friends that Jonas isn't going to bite them (and Jonas stating that he isn't a rabid dog), and during the subsequent playthroughs after the initial playthrough are brief images shown to the player with static, one of which over and over again appears to be the shadowed outline of an angry dog.

Therefore with all of the above, I propose that Alex has been stuck at Edwards Island since she went there with her brother Michael and he drowned, and the arrival of her friends at the beach party is what set the events of the game into motion. Her best friend Ren has consumed drug laced brownies during the early and middle stages of the game, and is therefore able to see and communicate with her. She thinks she has come with them to participate in the beach party, but is already stuck on the island by this point. Jonas, the unknown party participant, is potentially a pet dog or a stray dog that she ran into with Michael before his drowning incident, that she has now personified into a human. Her voice recording in one of the anomolies is from her first encounter with the spirits, which occurred when she was alone on the island with Michael, and most likely lead to the events of his drowning. Consequently while she is able to rescue her friends and potentially prevent them from returning in a separate loop, she has become permanently attached to the island from events that occurred well before the game ever started.

While I suspect this proposal is not necessarily 100% correct, it does serve to explain some of the strange things that occur and also explain the potential for Michael to make it off the island at the end of some of the time loops. 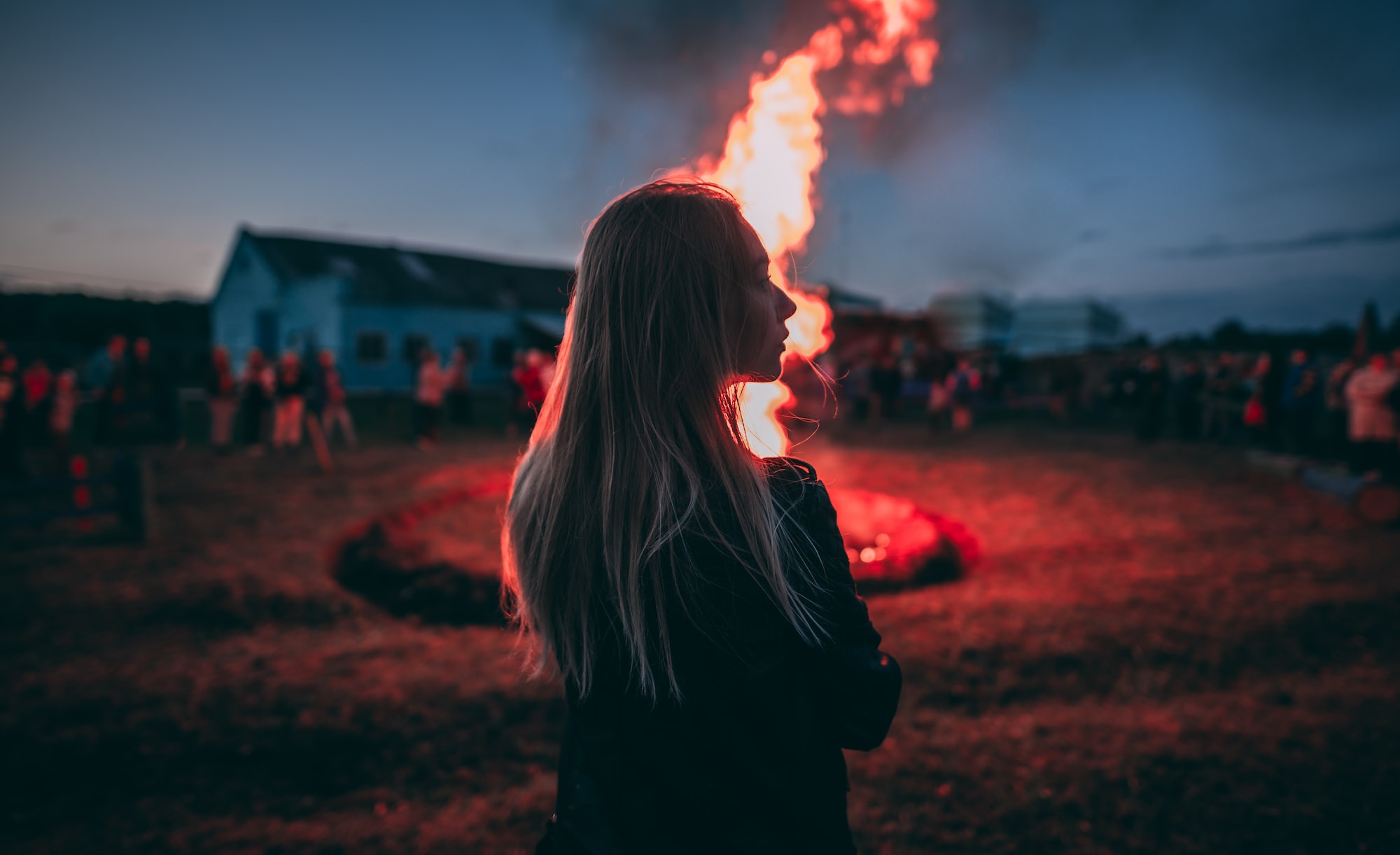 Fated to End Sometime has actually been around for a lot longer than most people realize. Â The Wayback Machine has a first snapshot toward the end of 2008, but The story is a wonderful blend of Scooby Doo, the X-Files and even has some well timed events that do an excellent job of raising the hairs on your arms as you play.