Although it was released in January of 2016, I did not personally play Oxenfree until it had already been out for over two years. By this time the hidden, embedded alternate reality game (ARG) had already been discovered, decoded and played out to its conclusion, although I was completely unaware that there even was an ARG when I started playing. That didn't matter too much to me, I fully enjoyed the first playthrough and the realization that subsequent playthroughs would result in subtle changes to Edwards Island (the setting) and the various events of the game itself were impacted by decisions made during previous playthroughs, and even by decisions made by other players who were connected by the internet.

Fated to End Sometime used to have posts about other video games before I blew them all away during the dust-off and update, but for some reason I felt compelled to leave the Oxenfree posts intact even though they were a few years old. Interestingly enough, it appears a new ARG has started up again at the beginning of this year, five years after the game was originally released.

The official soundtrack for the Oxenfree video game can be found at Bandcamp, and the very first track "Lost (Prologue)" caught my attention today.  The end of this track has a repeating segment of a distorted female voice saying, "one zero seven" five times in a row.  The running theory is that this is a radio station that you can tune into in the game using a portable radio, but this particular series of numbers is especially significant to anyone who has been paying attention to Q and Q related theories.

To start with, those who study Q have a tendency to also study numerology, and therefore when they focus on numbers, they ignore any zeros in that number. Therefore the number 107 would be interpreted as 17 to Q theorists.  The letter Q is also the 17th letter of the alphabet, which brings the focus back around to the Q theorists.

In addition, of the multiple new free-speech platforms that have popped up in the aftermath of the purges of both Twitter and Facebook of their Q theorist userbase and mass censorship during and in the wake of the United States 2020 Presidential election, one in particular is 107 Daily, which was started by a mysterious individual who goes by the pseudonym Juan O' Savin.

This could simply be a coincidence, but the way things have been going over the past year has made me pay closer attention to coincidences to determine whether they might not be synchronicities. So let's take a deeper dive into the premise of the video game. Spoilers below - if you haven't played Oxenfree yet you might want to stop reading, though I will try to avoid sharing too many specific details.

The story of Oxenfree takes place on the fictional Edwards Island, loosely based upon Bainbridge Island in Washington, just west of Seattle. It centers around an (again, fictional) event taking place during World War II, where a prototype military submarine was accidentally destroyed by friendly fire as the side effect of misinterpreted communications received by the operator at the Edward island's radio tower. The submarine was using an early form of nuclear reactor to power its engines, and in subsequent years the operator determined that the crew might not have been killed, but rather transported to an alternate dimension due to this unknown technology. Her theories were based on strange radio transmissions that she and other officers stationed at the base began picking up, apparently from at least some of the members of the submarine's crew.

This operator further theorized it was possible to rescue the crew by using radio signals to interact with the site of the accident by using radio equipment in a certain cave on the island based on the belief that various waves were capable of travelling across multiple dimensions and even across time. After a failed attempt to create such a portal resulted in another accidental death, she gave up on her attempts to rescue the crew and instead tried to prevent future accidents by establishing the island as an animal refuge. She was unable to prevent the island from becoming a tourism point, however, consequently setting the stage for the present day events of the rest of the game.

Throughout the game the player must utilize a portable radio to either unlock clues, open portals or help one or more of their friends who have been possessed by the (now angry) spirits of the submarine crew. These spirits appear to be malevolent, are depicted with red glowing eyes and mouths even when they possess the living, and profess a desire to escape their fate by taking over the bodies of the protagonist's friends.  Some events repeat in a form of time loop that are only resolved by synchronizing malfunctioning reel to reel audio equipment. The game itself ultimately turns out to be a time loop, where at the end the protagonist summarizes what happened to each of her friends after surviving Edward's island but then mentions that she needs to meet her friends so she can go back to the island, back to the very beginning point of the game.  At this point the game ends, but offers the opportunity to "Continue Timeline" should the player choose to start a new game.

From this continued timeline, it is possible for the player to direct the protagonist to attempt to communicate with an alternate timeline version of herself and prevent herself from ever going to Edward's island in the first place, thus breaking the loop, which may allow the game to reach the "final" ending of the game. However, since the protagonist is still caught within the loop of her current timeline, the game still starts anew with the option to "Continue Timeline" for the player.

On the surface, the video game is an interesting exercise in time travel and alternate dimension theory-crafting, with some entertaining dialogue and unfolding drama. The thing to bear in mind, however, is that oftentimes fiction is used to convey truth about how our world actually works, and while the game developers may be completely innocent regarding such conveyances, the "one zero seven" at the end of the first song of the soundtrack indicates that there may be more to this game than initially meets the eye.

In our world, were I to point at one single significant thing that might have something in common with Oxenfree, CERN's Large Hadron Collider appears to be the likeliest source. As far as I am concerned, it has been ever since it was successfully turned on and began running live tests by colliding particles in their search of the "God Particle". The above photo was reportedly taken of the skies over the CERN Large Hadron Collider as it was started up to begin testing on June 24th, 2016. Of course this was dismissed as mere conspiracy theory by numerous "trusted" sources such as Snopes, and the world moved one without paying very much attention. Nor did many people pay attention to the troubling rituals being performed at the site of the Large Hadron Collider that were dismissed as a "prank" by the scientists working at the facility.

It is troubling to understand that the energies being unleashed by the experiments conducted at CERN are the sort of energies that were in play during the creation of our universe. It should go without saying that (to our knowledge) this has never been done before in the history of the human race, and therefore we cannot possibly understand or foresee the consequences of undergoing these types of experiments just under the surface of our own planet.

If you pay attention to the nomenclature and consider the possibility that it may be significant and not merely a cute anagram, it starts to get even more worrisome:

What if...and this is a big what if...the moment that the experiment started, our entire world was shifted into another dimension? Not just any dimension, but a dimension where most of the rules were the same, but the general nature of people changed. What if that portal wasn't intended to let something in, but to instead be used as a door for our world to travel through? What if this resulted in certain people in our society being granted much more power and control than they normally would or should possess?

Watch this Infowars episode.  It comes highly recommended by one General Mike Flynn: You've reached the opening of the rabbit hole. Good luck.

In Oxenfree, the protagonist begins to realize that she can impact alternate timelines by getting her message out. This can potentially impact other players of the game, as these messages may reach them. Within the game itself, an alternate timeline version of the protagonist may even eventually hear a radio broadcast from herself, warning her away from Edwards Island. If she heeds this advice, it prevents any of the events from occurring, as it is her radio that sets events into motion.

Unfortunately, the protagonist cannot herself escape from the time loop. At the conclusion of the game, as she describes the events that occurred, she again returns to the beginning, starting yet another loop iteration.

We cannot go back to the way things were, and we should not want to. While things seem dire now, we also have been granted an opportunity to change our world for the better. The old world made these events possible, and going back to the old way of doing things will only prolong the inevitable outcome that those pulling the puppet strings want for all of us. The only way forward is to get the message out, wake up as many of our friends and family as possible, and then take the necessary steps to enact real and permanent change.

Never forget that every day is a gift. 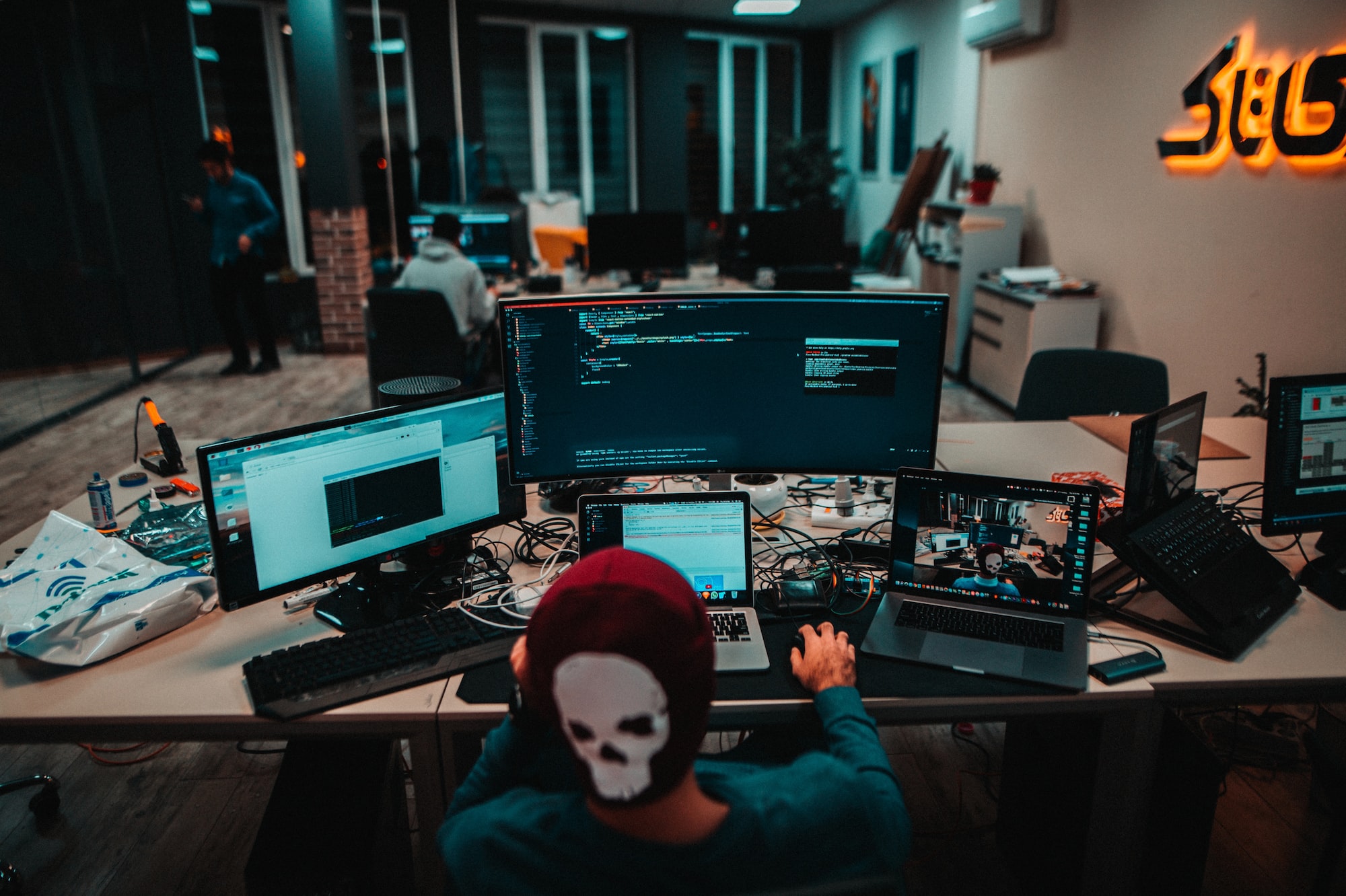 Two Chinese nationals knowingly and intentionally introduced security vulnerabilities into the most widely used operating system in the world while working at a university in the United States, and then had the audacity to publish the results of their work as if they had done nothing wrong. I'm not sure how many Americans understand that we are currently in an active state of war, even though it was never officially declared. Unfortunately, I think that number is